Great Circle provides children a home in times of crisis 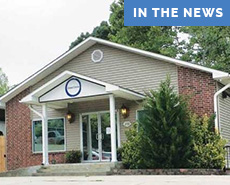 Great Circle’s Poplar Bluff shelter has racked up a long list of successes as it is approaching the two-year mark since its opening in October 2018.

First and foremost, Great Circle has had around 200 placements of children since it opened almost two years ago, said Michael Turner, the director of the Poplar Bluff and Doniphan Great Circle shelters.

“We’ve been able to fulfill a need that wasn’t here before, so we’re thankful for that,” Turner said.

Great Circle also started a contract in 2019 called Crisis Care, to help children not in the foster care system.

“It’s a prevention program,” Turner said. “We have seen grandparents who are raising their grandkids that will have to have surgery and have a recovery period, so the kids have actually come to us for a couple of weeks. Once that recovery has taken place, then they go back home.”

Turner said that another example of the Crisis Care program would be taking care of the older children of an expectant single mother when she gives birth.

“It’s really a way to keep them out of [state] custody, basically,” Turner said. “Children’s division works really closely with us with that program. They’ll send people our way that they know that just need a little bit of help, and then we’re able to provide that.”

Also, Great Circle’s Child Advocacy Center — which was in a separate location — is now on-site in the downstairs portion of the shelter

“This is where any kid that has been abused — or has been thought to have been abused — they’ll come to us,” Turner said. “Children’s division, law enforcement, prosecutor — they’ll refer the children to us, then they’ll come here and they’ll be interviewed about what they’ve experience.”

Turner also is pleased that Great Circle has helped keep siblings together instead of putting them in several different homes.

“One thing that we’ve seen at the shelter that’s really been a huge success is we’ve seen a lot of sibling groups come through,” Turner said. “We may have three, four or five siblings come in at a time and [this] really allows the children’s division workers to find somewhere for them all to go into the same place.”

Another aspect of Great Circle’s success the last two years has been its success helping teenagers.

“We’ve been able to help place a lot of teenagers,” Turner said. “We’ve had a lot of teenagers come through, and teenagers can be a little bit more of a challenge because they’re teenagers, but we’ve seen a lot of incredible teens come through — and that has given their caseworkers time to find an appropriate placement for them, find a place that hopefully keeps them in their school district and hopefully keeps them in the area that they’re from.”

Great Circle has also added a full-time therapist that sees the women and children at its Doniphan shelter and also sees children in Poplar Bluff. As for the future, Great Circle in Poplar Bluff is working on an outdoor area for its children — and Turner has already ordered the picnic tables for it.

“It’s not huge, but we try to make use of every space we’ve got,” Turner said.

Turner is quick to credit others — the community, staff, Great Circle’s multi-disciplinary team, local businesses and the city’s non-profit alliance — for the Poplar Bluff shelter’s success.

“From the beginning of us opening up and people learning about us, we have seen such a tremendous outpouring of food, clothing donations and other support,” Turner said. “It has been really the community coming around us. I’ll have people message me all the time asking, ‘What do you guys need? What is it that you need this week?’”